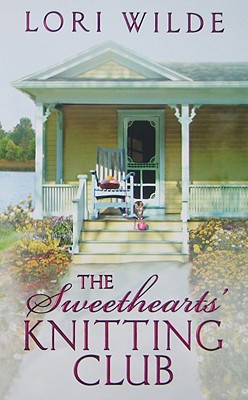 This is book number 1 in the Twilight, Texas series.

The first book in Lori Wilde’s new series set in small-town Twilight, Texas, The Sweethearts’ Knitting Club is the story of Flynn McGregor, a young woman who’s always done exactly what her friends, family, and fellow knitters have told her to do—until Jesse Calloway, her bad-boy high school sweetheart, roars back into town.

Lori Wilde has created a rich and wonderful story about the charm of small town life combined with the power and passion of first love. Delicious! — New York Times Bestselling author Robyn Carr

“Delicious details, a small town full of memorable characters, great dialogue, and humor all combine to make this a highly enjoyable tale about two people who find healing--and each other.” — Booklist (starred review) on All of Me

“[T]heir personal development forms the heart and soul of the novel, a delicately revealing in-depth character study. Wilde’s clever combination of humor, sorrow and love brings a deeply appealing sense of realism.” — Publishers Weekly on All of Me