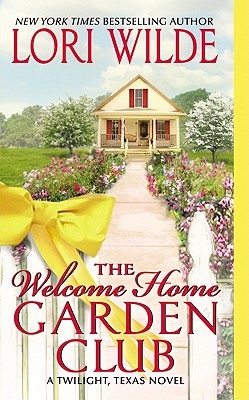 This is book number 4 in the Twilight, Texas series.

The fourth book in New York Times bestselling author Lori Wilde’s Twilight, Texas series, The Welcome Home Garden Club is a wonderfully poignant contemporary romance novel that captures the everyday magic of small-town life and love. Fans of Sherryl Woods, Susan Wiggs, Susan Mallery, and Debbie Macomber will treasure this love story about a Green Beret hero who returns to his home town with one goal in mind: to win back the heart of the girl he left behind.