A Wedding for Christmas: A Twilight, Texas Novel (Mass Market) 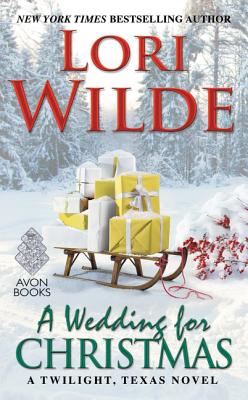 A Wedding for Christmas: A Twilight, Texas Novel (Mass Market)

This is book number 7 in the Twilight, Texas series.

The whole town is ready for the holidays: the Cookie Club is baking, Main Street glitters with lights, the carolers sing . . . there’s even a Christmas wedding.

When bodyguard Ryder sees his best friend’s sister, Katie, at an L.A. Christmas party, he mistakes the slinky blonde for a celebrity stalker and tackles her. Then they tackle each other . . . at his place. The next morning, Katie’s gone, and Ryder tells himself it’s for the best. It isn’t. Now, one Christmas later, Ryder’s falling for the woman he’s been missing in the town he hasn’t missed at all. . .

Katie Cheek’s outgrown the romantic fantasies she had about Ryder when she was fifteen. Katie’s packed their hot night away in a box labeled “fling"—or tried to. But Twilight’s bad boy is the best man in her brother’s wedding. And up-close and personal, Ryder’s impossible to ignore. So Katie can either go into hiding—or surrender to Christmas magic.