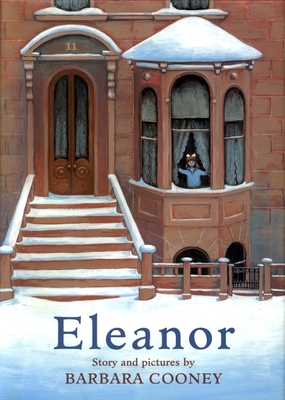 
Usually Ships in 1-5 Days
Though she came from a wealthy and privileged family, Eleanor Roosevelt grew up in a cheerless household that left her lonely and shy. Years passed before Eleanor began to discover in herself the qualities of intelligence, compassion, and strength that made her a remarkable woman. In Eleanor, two-time Caldecott Medal winner Barbara Cooney paints a meticulously researched, lushly detailed picture of Eleanor's childhood world--but most importantly, she captures the essence of the little girl whose indomitable spirit would make her one of the greatest and most beloved first ladies of all time.
"There are many biographies of Eleanor Roosevelt, but this one is special?Cooney is at her artistic best." --Booklist
Barbara Cooney was an American writer and illustrator of over 100 children's books, published over sixty years. She won two Caldecott Medals, which are awarded to the year's best-illustrated U.S. picture book, and a National Book Award. Her books have been translated into 10 languages.