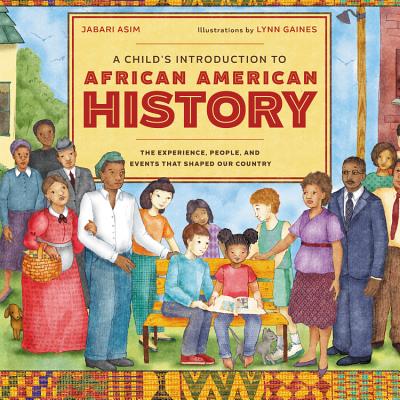 
Usually Ships in 1-5 Days
A comprehensive, entertaining look at heroes, heroines, and critical moments from African American history -- from the slave trade to the Black Lives Matter movement -- by award-winning author Jabari Asim.

Jabari Asim goes beyond what's taught in the classroom to reveal a fact-filled history of African American history through politics, activism, sports, entertainment, music, and much more. You'll follow the road to freedom beginning with the slave trade and the middle passage through the abolitionist movement and the Civil War where many African Americans fought as soldiers. You'll learn how slave songs often contained hidden messages and how a 15-year-old Jamaican-born young man named Clive Campbell helped to create hip-hop in the early 1970's.

You'll experience the passionate speeches, marches, and movements of the Civil Rights era along with and the sacrifices of Martin Luther King, Rosa Parks, Medgar Evers, and many others. Along the way there are dozens of profiles of political trailblazers like Shirley Chisholm, the first black women elected to Congress in 1968; dominants athletes like Tiger Woods who, in 1995, was only the second African American to play in a Master's Golf Tournament which he went on to win in 1997; popular musicians like Miles Davis, one the most influential artists of the twentieth century; and inspiring writers like Toni Morrison, the first African American to win the Nobel Prize in literature.

Filled with beautiful illustrations by Lynn Gaines that bring these figures and events to life, plus a removable historical timeline poster, A Child's Introduction to African American History is a fascinating and comprehensive guide to this often overlooked yet immensely important part of American history.
Jabari Asim is an associate professor of writing at Emerson College and a recipient of the prestigious Guggenheim Fellowship. He has written for the Washington Post and is the editor of the NCAAP magazine, The Crisis. He's also the author of children's books, including Fifty Cents and a Dream, Girl of Mine, and Boy of Mine. He lives in Boston, with his wife and five children.

Lynn Gaines is a graduate of the Cleveland Institute of Art and has been illustrating greeting cards for more than twenty years. She lives in Northeast Ohio with her husband, mother, and two crazy cats. A Child's Introduction to African American History is her first picture book.