Life Without a Recipe: A Memoir of Food and Family (Hardcover) 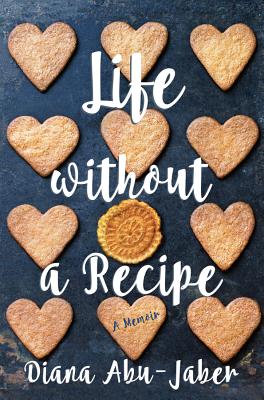 Life Without a Recipe: A Memoir of Food and Family (Hardcover)

Email or call for price

“Is it any wonder that memoir is the richest genre? The stories we live are far more fanciful, heartbreaking, and ridiculous than the ones we create with our imaginations. We have no control over them. They unfold, in spite of our best efforts, in clumsy, unsettled messes that become our lives. In Life Without a Recipe, Abu-Jaber stops along the way to consider the terrain. She can't control the events, but she controls the words with tight, perfect sentences. There's a beauty and elegance to the prose that elevates this story of the author's search for identity, resulting in a warm and wise delicacy to be savored.”
— Terry Nebeker (M), One More Page, Arlington, VA

This is a beautifully crafted memoir by Abu-Jaber who tells her story with such craft and honesty and in the most poetic way. I found myself being swept into the narrative so deeply and thoroughly it was hard to pull myself away. A wonderful reminder of how profound memory, loss, grace and love truly are.

“Diana Abu-Jaber is the Ambassador of Big-Heartedness.”—Patrick Volk, on The Language of Baklava

On one side, there is Grace: prize-winning author Diana Abu-Jaber’s tough, independent sugar-fiend of a German grandmother, wielding a suitcase full of holiday cookies. On the other, Bud: a flamboyant, spice-obsessed Arab father, full of passionate argument. The two could not agree on anything: not about food, work, or especially about what Diana should do with her life. Grace warned her away from children. Bud wanted her married above all—even if he had to provide the ring. Caught between cultures and lavished with contradictory “advice” from both sides of her family, Diana spent years learning how to ignore others’ well-intentioned prescriptions.

Hilarious, gorgeously written, poignant, and wise, Life Without a Recipe is Diana’s celebration of journeying without a map, of learning to ignore the script and improvise, of escaping family and making family on one’s own terms. As Diana discovers, however, building confidence in one’s own path sometimes takes a mistaken marriage or two—or in her case, three: to a longhaired boy-poet, to a dashing deconstructionist literary scholar, and finally to her steadfast, outdoors-loving Scott. It also takes a good deal of angst (was it possible to have a serious writing career and be a mother?) and, even when she knew what she wanted (the craziest thing, in one’s late forties: a baby!), the nerve to pursue it.

Finally, fearlessly independent like the Grace she’s named after, Diana and Scott’s daughter Gracie will heal all the old battles with Bud and, like her writer-mom, learn to cook up a life without a recipe.

Diana Abu-Jaber is the award-winning author of seven books of fiction and nonfiction, including Crescent and The Language of Baklava. She lives in Fort Lauderdale, Florida.
Pure delight.… Beautiful and lyrical.
— Jim Carmin - Oregonian

About a lust for life, about the jumble of joy and fear and surprise and even pain. It’s about that soft cookie with the crunch inside and the slice of cake with an unexpected lay of tartness. In the end, all of it tastes sweet.
— Amy Driscoll - Miami Herald

Added joy awaits us in Abu-Jaber's masterful imagery and in her delicious way with words.
— Barbara Nimri Aziz - Counterpunch

With a tenderness that never dips into nostalgia, Abu-Jaber weaves together the stories of those closest to her….Abu-Jaber renders her relationships to both food and family in rich, joyful detail.
— Amanda Winterroth - Booklist

[A] deliciously candid story….Generously seasoned by an abiding love of food and a keen eye for the nuances of human relationships, this book is a reminder that however unpredictable it may be, life is a dish to be savored. A delectably warm and wise memoir.
— Kirkus Reviews

This bold, luscious memoir is both recollection and guide. Brimming with great meals and family struggle, it walks a path between cultural traditions and American individualism. A vivid story of one writer’s journey to build a creative life, one lived ‘without recipes,’ this book will be indispensable to anyone trying to forge their own truer path.
— Ruth Reichl

Wonderfully written, honest, funny, and deeply heart-touching, Diana Abu-Jaber’s memoir is a joyous read that speaks to the creative spirit in us all.
— Heidi W. Durrow, New York Times best-selling author of The Girl Who Fell from the Sky

Filled with visceral joys and literary beauty as well as soulful honesty and a gripping story. Diana Abu-Jaber writes trenchantly and gorgeously about family, marriage, and motherhood with insights and connections that feel hard-won and richly earned. Her sharp intelligence and unsparing self-knowledge bristle on every page alongside her passionate brio for life in all its flavors and complexities.
— Kate Christensen, author of Blue Plate Special and The Great Man