Over the Top (Hardcover) 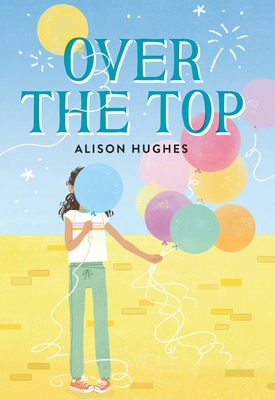 Over the Top (Hardcover)


Usually Ships in 1-5 Days
From an award-winning author comes a funny and honest middle grade novel following Diva Cleopatra as she tries to adapt to her new home and school while coming face-to-face with the school's mean girls. Eleven-year-old Diva is horrified (but not surprised) that her mother's new dream home is a bright pink castle-like house. But the pink palace is only the beginning of a series of new humiliations. While acting as a glitzy mermaid for her Mom's party planning business, Diva is spotted by some classmates who won’t let her live it down. When she works up the courage to audition for her new school's play, she's cast in a surprising (and ridiculous) role. But it’s when her family throws her a huge surprise birthday party that things really lurch toward disaster. How can Diva stay true to her introverted, under-the-radar self in an in-your-face, over-the-top world?
Alison Hughes has published sixteen books for children, some of which have been translated into Dutch, Korean, Turkish and French. In the US, her books have been a Junior Library Guild selection, and listed as best books of the year with both the Bank Street College of Education and Resource Links. She has also had an Honorable Mention and a Young Adult Notable Book citation with the Sigurd F. Olson Nature Writing Award (SONWA).In Canada, she won the national Writers' Union Writing for Children Award and has been a finalist for Canada's Governor-General's Literary Awards, the Alberta Literary Awards, and nine times for provincial children's choice awards, including Ontario's Silver Birch. Her short fiction has been short- and long-listed for the Writers' Union Short Fiction Competition and the CBC Literary Awards. She currently works as a casual Writing Advisor/Editor for the University of Alberta's Academic Success Centre, gives workshops and presentations at schools, libraries, young author conferences and festivals across the country, and volunteers with child welfare and literacy organizations. She lives in Edmonton, Alberta.

"Alison Hughes’s heartwarming novel Over the Top captures the complexity of emotions that kids experience as they navigate middle school. Through Diva’s fresh and poignant voice, Hughes illustrates the disconnect that can happen between the way parents and kids view the world. Readers will root for Diva as she struggles to fit in while staying true to herself. This book has it all: page turning tension, humorous situations, realistic characters, and most importantly a loveable and relatable protagonist."—Eileen Moskowitz-Palma, author of the Popularity Pact duology

"For kids who want a quick, light read that shows someone overcoming."—Booklist