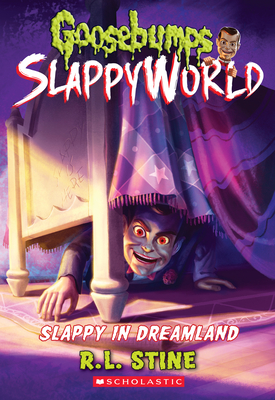 This is Slappy's world -- You only scream in it!Richard Hsieh's dad studies dreams, and one day, they decide to hook Richard's new Slappy doll up to the dream machine as a joke. All of a sudden, Richard starts having nightmares of Slappy coming to life and wreaking havoc. But they're only dreams, right? Except, when his cousin Willow comes to visit, she also dreams of Slappy. It's impossible! But when Slappy threatens to invade more kids' dreams, they’ll have to figure out how to defeat him before he becomes a dream master.
R.L. Stine is the creator of the bestselling Goosebumps series, which has more than 400 million copies in print worldwide and celebrated 25 years in 2017. Goosebumps is one of the bestselling children's series of all-time and inspired a popular television show, as well as a feature film starring Jack Black that opened at #1 at the box office. His other popular children's books include the series Fear Street, Mostly Ghostly, The Nightmare Room, and Rotten School, and his picture books, with Marc Brown, The Little Shop of Monsters and Mary McScary. R.L. Stine lives in New York City. You can connect with him on Twitter at @RL_Stine or Facebook: facebook.com/rlstine. For more information, visit rlstine.com and scholastic.com/goosebumps.