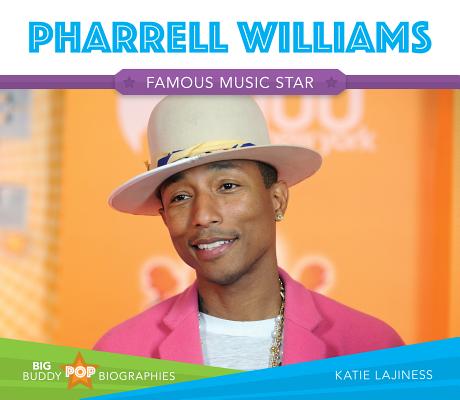 
Email or call for price
Meet famous music star Pharrell Williams In this engaging title, readers will learn about Williams's childhood in Virginia, his meeting in high school of friend Chad Hugo, and their founding of the Neptunes. Williams's work with the Neptunes is covered, including their first hit, Britney Spears's I'm a Slave 4 U. Williams's career as a musician both with band N.E.R.D. and his solo work including his first album On My Mind is covered, as are his many Grammy Award wins, designer clothing lines, and first book based on his song Happy. Table of contents, map, Did You Know fact boxes, a Snapshot graphic with vital information, glossary, and index are included. Aligned to Common Core Standards and correlated to state standards. Big Buddy Books is an imprint of Abdo Publishing, a division of ABDO.