The Queen, the Princes and the Mermaid: Hans Christian Andersen’s Most Enchanting Tales (Hardcover) 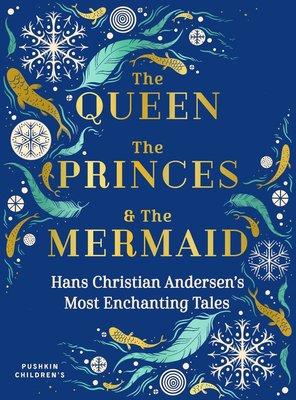 The Queen, the Princes and the Mermaid: Hans Christian Andersen’s Most Enchanting Tales (Hardcover)

A girl journeys across unknown lands to rescue her friend from the clutches of The Snow Queen, who has imprisoned his heart in ice. A sister struggles to break the spell that has turned her ten princely brothers into swans. A mermaid decides to leave her underwater world behind for love.

These renowned fairy tales, brimming with imaginative richness, are some of the most magical and inspiring ever written.

Contains: 'The Snow Queen', 'The Wild Swans', 'The Nightingale', 'The Little Mermaid', 'The True-Hearted Tin Soldier'
Hans Christian Andersen (1805-1875) was born in Odense, Denmark, the son of a poor shoemaker. The king helped to pay for his education, enabling him to become a short-story writer, novelist and playwright. He remains best known for his fairy tales, a selection of which is included in this book.